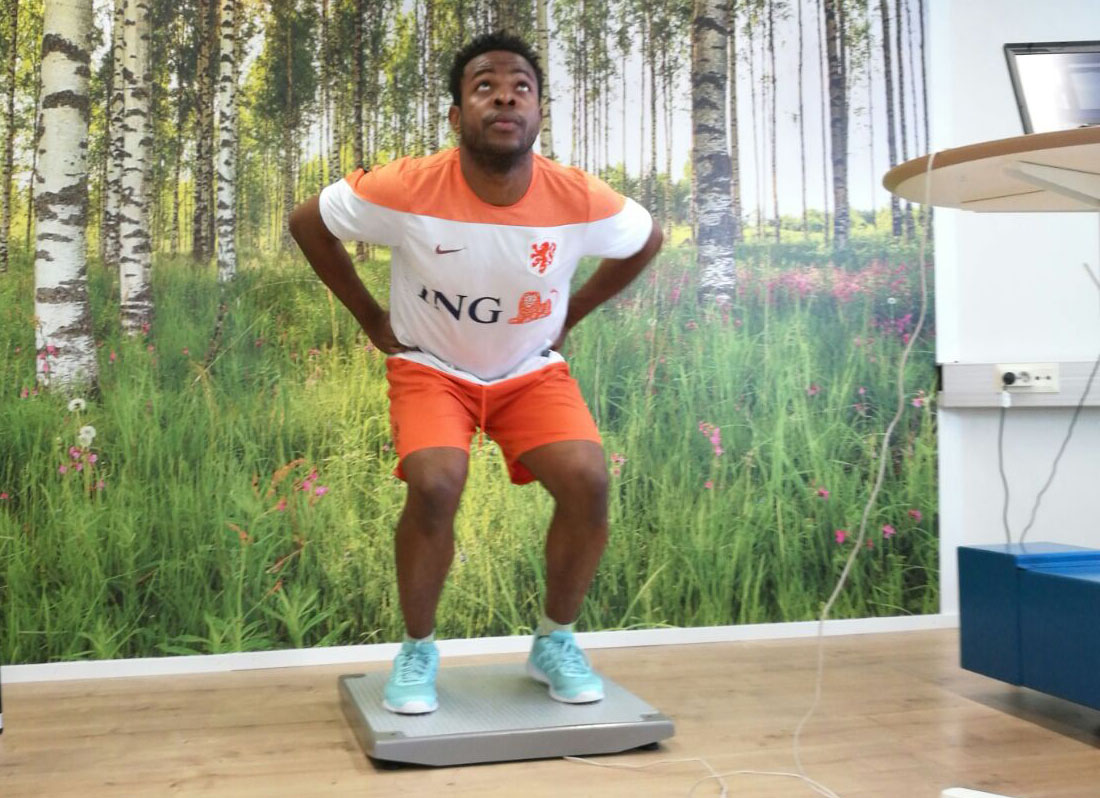 Paul Obi (21 yrs) had traveled the typical path of an African football player to Europe. He had never played for a team with a proper professional coach. He had never done any systematic physical training. He had only played. Played on the streets and potholed fields. And there he learned how to score goals. Paul’s ability to score, from places his mates could not, was so striking that it caught the eye of one European scout who brought Obi to Finland.

Towards the end of June 2017, Paul started training with JS Hercules, a Finnish 3rd tier football club. From the beginning, Paul showed his abilities as a goal scorer hitting the back of the net time after time in training. But – and there is often a “but” – in practice matches his defensive contribution was negligible and despite the coach’s urging would only half-heartedly participate in pressuring the opposition when asked to do so.

Often in situations like these, the pressure from the club’s side starts to build up. “He is good, but lazy and arrogant. He’s not a team player. He does not fit our playing style. He cannot help us.” Sounds familiar? Another bad experience of recruiting unsuitable foreign players.

JS Hercules knows the drill. The club’s experienced coaching team had contacted FXBX and as soon as Paul Obi arrived in Oulu he was thoroughly tested. His body composition, sprint speed, lower body strength on a force platform, core strength, agility, footballing skills, and endurance were all measured with a variety of tests. The results were added to FXBX database.

The tests showed that Paul was the team’s fastest player in the 30 meters sprint and that his results were good even when comparing to the national level. His ability to control and retain the ball was exceptional.

But there were also serious problems. His body fat percentage was too high for an athlete. His diet included far too many refined carbohydrates. His agility and explosiveness were also in need of improvement. The biggest problem was with his endurance. The lactate threshold tests showed that his body’s ability to break down lactates was really poor, as a result of having almost exclusively high-intensity training. He lacked the base on which to build elite athletic performance.

Instead of showing him the door based on problems in the field, Paul was given new instructions. He was taught the importance of proper nutrition and given a new diet to follow. The fat needed to be replaced with new muscles. He continued to train with the team but in addition Paul was instructed to do long, low intensity runs to improve his basic endurance. He needed a solid base upon which to build the future physical improvements.

Paul had also never trained in a modern gym and needed some hands-on guidance. And to avoid overloading Paul, the fitness coach decided to postpone the development of major muscle groups until post-season and concentrate on strengthening Paul’s core muscles and to teach him the basics of muscle maintenance and recovery.

On the field, progress was moderate. Early on Paul was mostly used as an impact substitute with minutes at the end of matches. Gradually, the work put in off the field started to show. His new, more athletic lifestyle and proper training began to have an effect. In matches, the fans saw a player who was helping the team. The goals also started to come and in the last eight games of the season Paul scored 9 goals. He was the second most effective player in the entire division with the ratio of a goal every 71 minutes. After the season Paul continued his journey to a Finnish Premier Division team.

Valuable data travels with the player

Paul’s new club received a full report of the player as soon as the transfer was agreed, which will serve as a guideline for his future development. The analysis showed that there is still a lot of work ahead for Paul. His endurance improved significantly during his four months with JS Hercules but still had reached only a satisfactory level. His VO2 max improved a whopping 46% in less than 2 months with the right training and his body fat fell.He was still not at the levels required for a top athlete, but progress was considerable for such a short time period. He also needs to improve his lower body strength levels and develop his explosive traits which will help him to improve his agility and sprint speed. 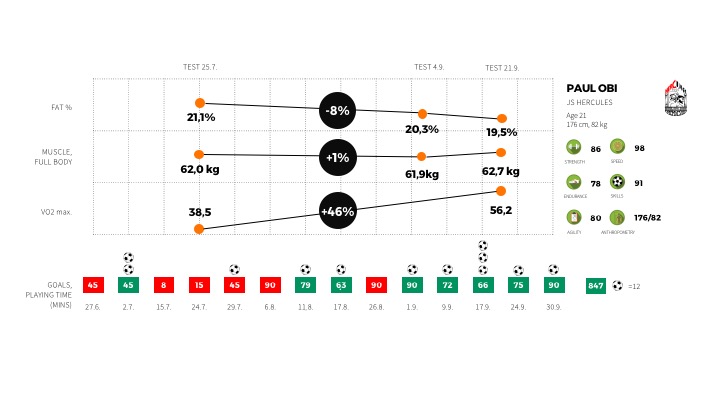 Paul’s case is not an anomaly. Most African rookies are not ready to respond to demands of European clubs. They are like very rough diamonds that need careful and patient work in order to meet their true potential. Data can reveal the player’s current situation and guide the coaching work. This work does not necessarily require enormous amounts of money but time and ingenuity, and most importantly commitment to individual development. If a small Finnish 3rd tier team like JS Hercules can focus on individual player development, then everybody can. FXBX will gladly help you to develop your own systematic player development processes.